Waking up and getting up has never been easy

Waking up and getting up has never been easy

I wonder what wakes you up in the morning, what inspires you to rise and get on with the day?

For this late night traveler, posting on twitter, who’d fallen asleep at the bus stop, it was this…! 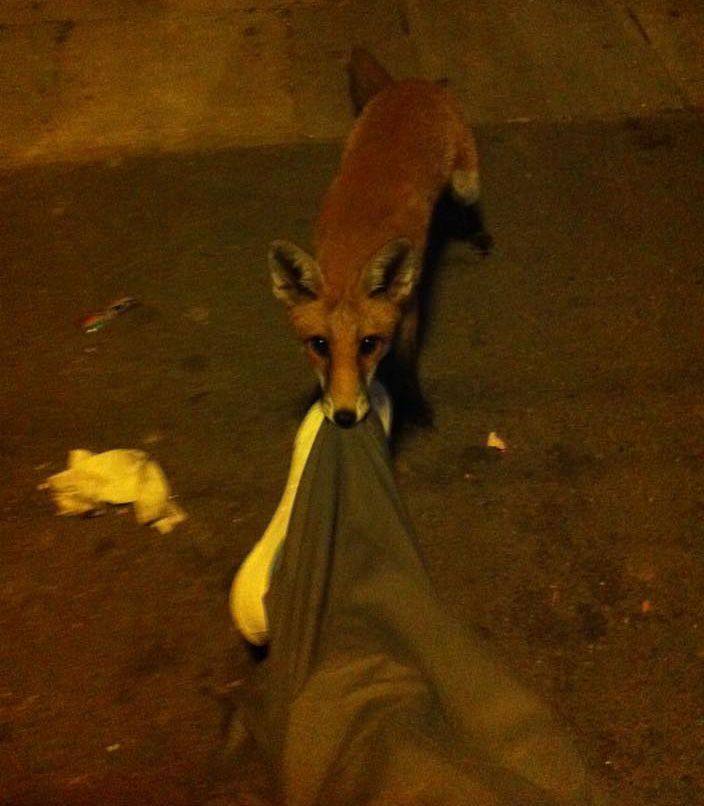 Today is the fourth Sunday of Easter.. and I wonder also where Easter sits in your consciousness now?

It’s very easy, following the drama of Holy Week the Passion of Good Friday and the celebration of Easter.. to become somewhat… complacent, forgetful, life goes on. Maybe we’ve heard the stories too often.. maybe even find them dull.. (the lectionary employs Acts to help wake us up.. to consider what ressurection life means today).

This short vivid story from Acts of Tabitha and Peter in Joppa is an intriguing one. Stories of resurrection no doubt cause some serious head-scratching in the modern world.. What’s really going on, is it a metaphor, is it real…? But that question itself keeps our imagination alive and awake, ‘really?!’. If we wrestle with legitimate questions about this story, such struggles will cause our imaginations to wake-up.

But then again, many of us have witnessed resurrections of our own… Many of us may have felt so overwhelmed by illness, or addiction or isolation, only to then have experienced change.. hope knocking on the door, a new day, the awakening of something totally unexpected…

And today it is that resurrection awakening I wish to draw your attention to… the stories we have of Jesus and Tabitha I think offer an overlap, which may yet offer some inspiration.

In the gospel of John, we witnessed a whole ‘bunch o’ stuff’ going on; first it’s Hanukkah, the winter festival of dedication. The re-dedication of the second temple in Jerusalem after it was desecrated by the Seleucid Empire (circa 150 BCE). (It’s a resurrection festival)

Second, Jesus is walking in the ‘Portico of Solomon’ a place of Judgement and Justice. John the author is weaving this writing together to enforce a stronger point, as the question is all about Judgement. the judgement of who Jesus really is. Jesus is the embodiment of God’s justice and walking about in the place of Judgement.

Thirdly in the exchange we hear something, (maybe), of the exasperation of Jesus and the endless repetition of the question ‘but who are you – really?’ Of course Jesus keeps it infuriatingly mysterious, and goes into some poetic waffle (technical term) about sheep ‘ you can imagine his interrogators, “here he goes again.. on about sheep – not answering a single question clearly” (and we think Question Time is bad?!) That exasperation is on both sides. (so much so that ‘the Jewish authorities’ were ready to stone him.)

Interesting, however, to note that again Jesus is riffing in ‘sheep-mode’. The whole of John 10 is working with the sheep metaphors; the sheep and the gate, Jesus the good shepherd’ the parable of the sheep, and the one who opens pasture of new life, abundant life, life in all its fullness.

So the question arises, where is this eternal life? It becomes clear that Jesus is not talking about afterlife… he is talking about this life; the fulness of life, it’s rich contours, its demands  its struggles the connection with others, neighbors friends, justice, hope. Eternal life, Jesus seems to suggest, is literally a life in the perspective of God, a whole new way of being in the world, the resurrection it speaks of is the waking up to a new life now! (It’s not a ticket out!)

For John , who is bringing a message of hope to an oppressed church the meditation on eternal life, and of disciples like sheep hearing Gods voice… begins to make sense. He was writing for a church which was trying to hold on in difficult circumstances and find the reality of the resurrection in there community.

“My sheep hear my voice. I know them, and they follow me. 28 I give them eternal life, and they will never perish. No one will snatch them out of my hand” Jesus says…

It’s like he’s saying, those who get  this.. nothing will take this away from them.. those who dare to dream, who have encountered the impossibility of God, those for whom—despite all that would argue otherwise—still testify to this imagination of possibility. It’s beyond argument, it cannot be resolved by facts or logic.. it is a relentless, insistent, hope of the possibility of God’s ‘eternal life’. God’s Justice on earth…

I wonder… in our critical time how might Christ call us all to arise, to wake up?

19 Again the Jews were divided because of these words. 20 Many of them were saying, “He has a demon and is out of his mind. Why listen to him?” 21 Others were saying, “These are not the words of one who has a demon. Can a demon open the eyes of the blind?”

Jesus literally divides opinion, and in this porc of judgement, his listeners are asked to make there own judgement.. again its like Jesus saying , ‘I could tell you, but even then you wouldn’t believe me’ you have to find this for yourself.

(have you ever had those kinds of arguments? Even if I told you clearly you still wont believe it, because you need to think for yourself)

Jesus says: “I came into this world for judgment so that those who do not see may see” (9:39). The words and works of Jesus are open to many interpretations, and that is where there ‘weak-strength’ lies.

Ironic then, that we’ve inherited a Christianity which so often likes to tell people things; to make ‘truth’ clear and easy to understand.. but actually, no amount of persuasion, or coercion, or correct doctrine, or correct behavior, or ‘mission action plans’ will entice people towards God.

Yet this place of judgment holds doubt with honour.. doubt is part of the story, it’s part of who we are.. let us not too quickly identify ourselves as ‘the ones in the know’

it is the wild luminous whispers of God’s spirit which will bring about such ‘awakening’ such rising up.

And so we come to our second story; of Peter visiting Tabitha in Joppa

Tabitha… mathetria ‘female disciple’ (only use of this word)

Very little is known of her at all, all we have are these few verses, but we see something so lovely and touching in these words. Tabitha quite possibly was not a poor widow, but a single woman of some wealth among disciples of similar social status.

The tender account of the Mourning for Tabitha is touching and familiar. Her loss.. the value to a community. Simple things.. she had made “devoted to good works and acts of charity. Clearly as a disciple she had made a huge impact on people.

Yet we might also ask, did she expend all her time and resources for the benefit of others at the expense of her own well-being. Is this descriptive or prescriptive? It is one thing to draw strength from outside of one’s self, from God and from people and things, to meet life’s challenges. But was she expected to be a stereotypical “Strong Woman”

What wakeup call did Tabitha really need to hear, to wake up and start and again, or to wake up to something new?

Anastethi is the same command that Peter had only recently given Aeneas in Lydda – ‘Arise, get up or stand up!’

Why this resurrection story? So many disciples were to die, we all die!
What is the value, what parallels are being suggested in this story, “wake up, rise up, get up, stand up”.

The implication of Tabitha’s extended life is that she will continue to do what she had been doing. She will remain devoted to doing good works in her community.

‘We live to live again’… To bring life to others, to find life ourselves…

We face testing times today.. the world is changing, powers of darkness and division seem to be rising – trying to tear apart communities, dividing people as ‘us and them’, ‘insiders, outsiders’, the climate sits on a precipice, bullying and offensive voices in politics seem to be on the rise, and gaining support, (Werner Herzog)

We are facing major issues;

Climate Change, Slavery, Oppression, Unrestrained Capitalism. Poverty, Political disorientation. Yet we delude ourselves and the consequences of our own suffering.

We do truly need to wake up and hear a different voice.

I wonder if this, then, is where our two stories intersect.

It’s a resurrection narrative for our time; the resurrection of the crucified God, the unexpected eternal life which makes a generous space for all…

The shepherds voice is one of liberation and of hope. For John’s oppressed church community it was a powerful message. For us today, or any community, past or present, experiencing harassment on the part of the larger society, and which include immigrants, refugees, racial and sexual minorities, women, children, etc. that is a voice we want to hear..

It is a voice of promise, of solidarity, a voice that does indeed invites us to arise in the spirit of resurrection, a voice that calls us by name. and says ‘you belong to me already’